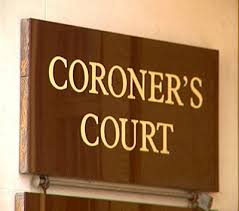 Coroners can exclude the public from hearings on the ground of national security.  But can they exclude interested parties from an Inquest?  If they did so then technically they would be hearing evidence on their own (or possibly with a jury or possibly only with lawyers instructed to assist them - like Counsel to the Inquest).

This was the issue facing Dame Heather Hallett in the 7/7 Inquest (and which I trailed here).  She has decided that she cannot hear evidence in the absence of the interested parties - including the bereaved families.  Accordingly any evidence which MI5 might give to the inquest will have to be given in the presence of the bereaved families if not in the presence of the public at large.  The Coroner rightly requires MI5 and the Home Secretary to find a way of putting evidence before her which can be heard in public or at least by the families.  There is always a way - redaction, gisting, inspection protocols or in camera sessions, of protecting national security and these methods should be tried first before relevant evidence is withheld on public interest immunity grounds.  It is always right that national security is a prime concern; but rarely right that this trumps open justice; or at least justice in the presence of those most concerned with its outcome: In this case the families of those who died.

Dame Heather is to be commended on a magisterial and wise judgment which I hope survives any appeal; here is just one of many fine extracts:


I do not accept that my ruling will amount to an abrogation of the inquisitorial function.
On the contrary, I am satisfied my ruling is entirely consistent with that function as presently regulated by Parliament.  I am still hopeful that, with full cooperation on all sides, most, if not all, of the relevant material can and will be put before me in such a way that national security is not threatened.


There may be times when the parties will simply have to accept my ruling without demur. I may have to forbid certain questions. I may have to rephrase them. Finally, I wish to emphasise I do not intend to make findings adverse to the Security Services which I know to be false.

The Home Secretary is apparently judicially reviewing this ruling.
Posted by A Barrister in London at 21:46