A Riot of Sentencing Approved by CACD... 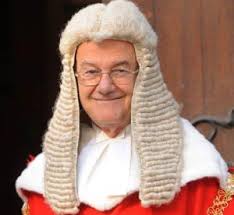 The Criminal Division of the Court of Appeal (LCJ, Thomas P and Leveson LJ) has handed down a composite judgment on appeals from sentences handed down during the August Riots.  In my view the LCJ has got this spot on.  Law does not exist in a vacuum - it must respond to events as they unfold and guidelines and principles must be adapted to the needs of society - many find this notion unpalatable and say that it is rule by unelected judges who should sentence according to set formulae established by Parliament -but in a democracy these hard judgments in individual cases are vested in the independent judiciary -they are there to sentence on behalf of society and they have the hard task of working out what society requires by way of protection and deterrent in each individual case- it is not perfect but it is our tried and tested system and I have yet to hear of a viable alternative.  This an excellent judgment which will stand the test of time:

"... The level of lawlessness was utterly shocking and wholly inexcusable...... the imposition of severe sentences, intended to provide both punishment and deterrence, must follow. It is very simple. Those who deliberately participate in disturbances of this magnitude, causing injury and damage and fear to even the most stout‐hearted of citizens, and who individually commit further crimes during the course of the riots are committing aggravated crimes. They must be punished accordingly, and the sentences should be designed to deter others from similar criminal activity....... the context hugely aggravates the seriousness of each individual offence. None of these crimes was committed in isolation. Eight of them were intrinsic to or arose from the widespread lawlessness and two more were intended to contribute to or aggravate it at a time when the disorders were at their most disruptive and alarming.... The reality is that the offenders were deriving support and comfort and encouragement from being together with other offenders, and offering comfort support and encouragement to the offenders around them. Perhaps, too, the sheer numbers involved may have led some of the offenders to believe that they were untouchable and would escape detection. That leads us to address the suggestion that perhaps this level of public disorder should be treated as "mindless" activity. It was undoubtedly stupid and irresponsible and dangerous. However none of these appeals involves children or young offenders (where different sentencing considerations arise) nor indeed offenders with significant mental health problems. None of the offenders before us was "mindless". The actions were deliberate, and each knew exactly what he (and in one case, she) was doing."
Posted by A Barrister in London at 19:52 1 comment: Links to this post

Did the Earth move?

So apparently from today Waitrose can invest in my mean lean Barrister legal machine.  Save that I am quite happy in independent practice offering my low overhead relatively cheap service to the public.....so actually I don't care.  Alternative Business Structures (ABS) have arrived.  I am looking forward to my first instructions from M&S or perhaps if I am lucky, even Fortnam and Masons, I suspect my Chief Clerk would not allow Tesco inside the building.  ASDA and Lidl would not get inside the Temple Bar.  Sainsburys might just be allowed to sit on the second best chairs in the waiting room. What we will certainly not being doing is shacking up with solicitors....over the collective dead bodies of the bewigged sister/brotherhood....bring on Ocado Law.....let the good times roll.....
Posted by A Barrister in London at 18:47 1 comment: Links to this post