Rozenberg and a chap writing in the Times raise an issue
I have raised before:

I am not particularly bothered by honours and titles - it just looks ridiculous that all of the Supreme Court Justices are Lords and Ladies apart from the new boy Sir John Dyson (top left).  I agree they should not get peerages but we could still give new Justices a harmonising title:

Come on Ken (Lord Chancellor)  - make it look neat!
Posted by A Barrister in London at 08:40 No comments:

MoJ is consulting on 159 Court closures. The credit crunch now bites the Court Service.
In London this includes proposals to close the county and magistrates' courts listed below.

I am especially saddened to see Mayor's and City go.  It is the oldest local civil court in continuous existence in the UK and is over 700 years old.  It is the County Court of the City of London but the only county court not to have the word county in its title.  The Circuit Judges wear different robes to usual and it is housed in a fantastic old court house in the Guildhall. It has been the seat of some very colourful District Judges over the years.  For more history see here and here.

I am also a bit sad about Tower Bridge Magistrates where I fondly recall a spat with a stipendiary during my first Magistrates outing...I also see that Hitchin County Court is going...how I fondly remember my exchanges with the robust former resident District Judge of that home counties court....

Quite how the remaining courts are going cope is beyond me and probably their long suffering staff and judges..........what price justice?

Just back from Turkey where appeal courts fine judges who get it wrong and where a politically charged supreme court is threatening to force a general election by striking down all of the Govt's legislation (I kid thee not).....

.............Slightly closer to home it seems that another colonial judge may have been misbehaving: following hot on the heels of the case of the now dismissed Chief Justice of Gibraltar
the Judicial Committee of the Privy Council is going to be detained this week in 4 days of argument from a Judge of the Grand Court of the Cayman Islands  (Levers J) whom a tripartite tribunal has already recommended to be removed from office for misconduct.  My  favourite charge against the Judge is this:


In R v Irvalyn Bush, in which the defendant was charged with possession of a gun,  Levers J sent for counsel and told them that during the short adjournment she had visited the crime scene and formed the view that the gun might have been planted.  Neither the evidence nor the defence supported that view.  When Crown Counsel intimated that she would apply to the judge to recuse herself, Levers J gave an assurance that she would not raise 'planting' before the jury.  Nevertheless in her summing-up she deliberately did so.


The full Tribunal report is here.


The JCPC will decide whether to confirm the Tribunal's recommendation or not.

Posted by A Barrister in London at 14:04 No comments:

WHERE ARE THE BILLS? 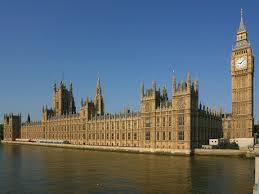 I utterly agree with this from Joshua Rozenberg

Where are the Bills?  I keep looking at the Parliament Bills web page and there are no Bills to enact any of the Government's great plans - where is the Great Reform Bill?

It is very odd that this long after an election and a Queen's Speech - so very little draft legislation has been released - what is Parliament going to debate? Has Parliamentary Counsel gone on strike?  Is it all being held up by the need of coalition partners to agree everything?  Is this a new laid back style of governing -but taken too far?  Or is the public deficit so high, that the Govt cannot afford to publish Bills?

No House of Lords Bill from the Coalition but there is going to be a Committee to think about one according to the Dep PM in the House yesterday:


I should like to turn to reform of the other place, which we all agree must now happen. It should be up to the British people to elect their second Chamber-a second Chamber that must be much more representative of them, their communities and their neighbourhoods. To that end, I should like to announce the following measures. First, I have set up a committee, which I will chair, to take forward this reform, composed of Members from all three major political parties, as well as from both Houses. Secondly, the committee will be explicitly charged with producing a draft Bill by no later than the end of this year-the first time that legislation for an elected second Chamber will ever have been published. Thirdly, the draft Bill will then be subject to pre-legislative scrutiny by a Joint Committee of both Houses during which there will of course be ample opportunity for all voices to be heard.
Make no mistake: we are not starting this process from scratch. There is already significant shared ground between the parties that will be taken as our starting point. I am not going to hide my impatience for reforms
7 Jun 2010 : Column 48
that are more than 100 years overdue. Subject to the legitimate scrutiny that the Bill will deserve, this Government are determined to push through the necessary reforms to the other place. People have been talking about Lords reform for more than a century. The time for talk is over. People must be allowed to elect those who make the laws of the land. Change must begin now.
Let me just confirm that the committee will hold its first meeting as early as next week, and that its members will be the Parliamentary Secretary, Cabinet Office, the hon. Member for Forest of Dean (Mr Harper), who is the Minister with responsibility for political and constitutional reform; the Leader of the House of Lords; the Deputy Leader of the Lords; the shadow Leader of the Lords, the Leader of the House of Commons; the Deputy Leader of the Commons; the shadow Leader of the Commons; and, of course, the shadow Justice Secretary, to whom I give way.
As he says change must begin now.
But I don't like the idea of another elected House of Parliament.  It will inevitably rival the Commons and will be devoid of the proper talent and experience which an effective reviewing and reflecting chamber of technical experts needs. See this interesting view.
I would support the Irish model - with some updating - no need for the graduates  (of where? - Oxbridge, London - I think we gave that up some time ago!) to be an electoral college  - but the vocational panels sound like a good idea - but nomination must be by an independent commission and not just by other politicians nominating their friends and supporters.
Plus lets get rid of the House of Lords title if it is not going to be a House of Lords  - nor do we want a Senate (we already have a Supreme Court - the USA is supposed to ape our historical traditions - not the other way round).  How about a Curia Regis to advise the monarch on legislation - or even a Witenagemot - a bit like the French Conseil D'Etat but without the judicial role and the hegemony of lawyers. Councillors of State are already something else (senior members of the Royal Family to whom the Queen delegates powers) but I am sure we could come up with a suitable home grown title.
Just a few ideas...
The Irish Senate:
Seanad Éireann consists of sixty senators:
Posted by A Barrister in London at 17:38 No comments:

I enjoyed this little oddity - a Court in Ukraine has convicted Stalin and his assistants of genocide committed against the Ukrainian nation during the famine in 1932-1933.

I particularly liked the fact that Stalin (decd) was tried by a Court he would have recognised for its lack of openness and fairness.  Ironic really:

Should history be a matter of law? This trial, approved by Yushchenko and arranged by the Security Service of Ukraine, summons the spirit of Stalinism that it was meant to dispel. Rather than a regular judicial proceeding, the trial was conducted by a modernized troika: a Security Service officer, a prosecutor, and a judge, meeting in closed chambers for a single day, then passing judgment on ghosts. .....................

This is an actual photo of the judge delivering the verdict - see the website of the Ukranian Security Service which Google will translate for you - http://ssu.kmu.gov.ua/sbu/control/uk/publish/article?art_id=96824&cat_id=96714

Posted by A Barrister in London at 15:01 No comments:

I love Baby Barista and I am glad it has been removed from the clutches of Murdoch!

Baby Barista is now writing away outside of the Times to maintain it as 'free to all'.