There's been a shuffling around of the Old Square seats at the Employment Appeal Tribunal as Jeremy McMullen QC late of those Chambers retires and Jennifer Eady QC of Old Square and oft to be found as Jeremy's junior takes his place as a Circuit Judge of the EAT.  Jennifer was last in the spot light unsuccessfully representing John McCririck at London Central.  She is a ACAS Council member and was once standing council to the NUJ and NUM.  McMullen spent 11 year working for the GMB.  Both have been heavily involved in the Industrial Law Society (both Vice Presidents) and both were part time Employment Judges.  Eady in other words, is a good replacement for McMullen.  I only hope I get on better with her than I did with him.


Posted by A Barrister in London at 20:08 No comments: Links to this post

This will get the Europsceptics going....

Some Swedish chap did not like being tried twice for some domestic VAT offence.  So off he popped to the ECJ in Luxembourg who ruled that he could have the benefit of Protocol 7 of the European Convention of Human Rights because it is mirrored in article 50 of Charter of Fundamental Rights of the European Union which states

‘No one shall be liable to be tried or punished again in criminal proceedings for an offence for which he or she has already been finally acquitted or convicted within the Union in accordance with the law.’

How can the ECJ effectively alter a democratically passed piece of legislation which allowed you to be tried twice in Sweden for a VAT offence? Quite a few Govts intervened to make this point to the Court (although not the UK):

The Swedish, Czech and Danish Governments, Ireland, the Netherlands Government and the European Commission dispute the admissibility of the questions referred for a preliminary ruling. In their submission, the Court would have jurisdiction to answer them only if the tax penalties imposed on Mr Åkerberg Fransson and the criminal proceedings brought against him that are the subject-matter of the main proceedings arose from implementation of European Union law. However, that is not so in the case of either the national legislation on whose basis the tax penalties were ordered to be paid or the national legislation upon which the criminal proceedings are founded. In accordance with Article 51(1) of the Charter, those penalties and proceedings therefore do not come under the ne bis in idem principle secured by Article 50 of the Charter.

The Court held that the underlying criminal law did not have to be based upon EU Law - it just had to be in a field in which EU Law operates:

The Court’s settled case-law indeed states, in essence, that the fundamental rights guaranteed in the legal order of the European Union are applicable in all situations governed by European Union law, but not outside such situations. In this respect the Court has already observed that it has no power to examine the compatibility with the Charter of national legislation lying outside the scope of European Union law. On the other hand, if such legislation falls within the scope of European Union law, the Court, when requested to give a preliminary ruling, must provide all the guidance as to interpretation needed in order for the national court to determine whether that legislation is compatible with the fundamental rights the observance of which the Court ensures

So, in other words, if you can squeeze your case into are area of law in which the EU has an interest, then you can rely on lots of rights under the EU Charter which your national legislature has not enacted.  For example Protocol 7, in use here, has not been 'brought home' under Human Rights Act 1998 which would be just as well as you can in certain circumstances be tried twice under our domestic law (Part 0, CJA 2003) -  although if the prosecution could possibly come within some piece of EU Law, then think again prosecutors.... 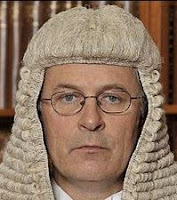 Mostyn J has just realised what is going on in a recent judgment:

The constitutional significance of this decision can hardly be overstated. The Human Rights Act 1998 incorporated into our domestic law large parts, but by no means all, of the European Convention on Human Rights. Some parts were deliberately missed out by Parliament. The Charter of Fundamental Rights of the European Union contains, I believe, all of those missing parts and a great deal more. Notwithstanding the endeavours of our political representatives at Lisbon it would seem that the much wider Charter of Rights is now part of our domestic law. Moreover, that much wider Charter of Rights would remain part of our domestic law even if the Human Rights Act were repealed

& the usual suspects are warming up:

Surprise appointment in Cardiff as 4NS announce that Leigh-Ann Mulcahy QC has been appointed First Counsel to the Welsh Government, a position previously held by (Clive) Lewis J.  Have to say I had rather assumed you had to be linked to Wales in some way -  Rhodhri Williams QC had been tipped by me as the only really serious public law silk in Wales - but there you go - there is nothing that requires them to only look in Wales.

Leigh-Ann looks like she has had some pre-QC A Panel experience in E&W and can probably brush up on some Welsh should it arise.

Congratulations to @4NewSquare's Leigh-Ann Mulcahy QC on her appointment as First Counsel to the Welsh Government:
Posted by A Barrister in London at 08:18 1 comment: Links to this post