The Prosecution have to prove that you did it....not enough that you actually did it... 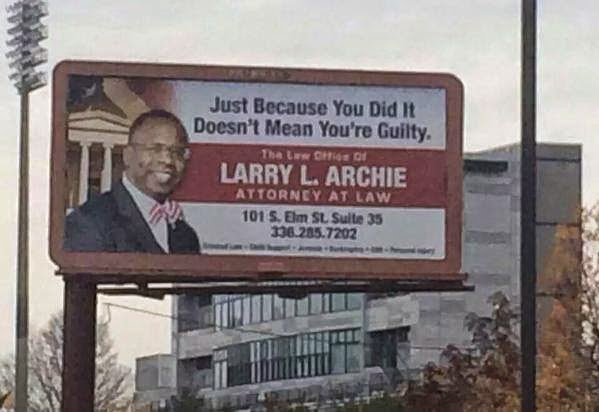 Posted by A Barrister in London at 12:38 No comments: Links to this post

One for the files, to be dragged when the local circuit judge is having a bad day and is being robust but unfair.  Judgment here.

A Circuit Judge (His Honour Judge Dodds) sitting in the Fam Ct in Liverpool thought he would cut through the red tape by making a final care order at the first case management hearing - here is a flavour:


All the parties crumbled under the judge's caustically expressed views, and as a consequence, were unable to explain to the judge that the situation was more complicated than the one the judge clearly saw, and expressed. The judge viewed the case as one in which he had before him three children each of whom had been in care for well over a year, two of whom were in settled placements. The mother he saw had had a recent positive drugs test, and therefore in his mind, the inevitable outcome was the making of care orders. The judge said that all future placement decisions in relation to LW would be made by the local authority through the Looked After Children review process (LAC reviews). At one stage the judge referred to the mother as looking "upset and bewildered". It is hard to see how she could have looked otherwise given the course the proceedings were taking.  The judge gave neither a judgment nor reasons prior to making final care orders in relation to all three children.

The Judge thought he was on safe ground because MacFarlane LJ had refused permission to appeal a similar approach in an earlier case, but on this occasion he gave permission.  Robust, but not fair, said the Court of Appeal.

The judge's unrestrained and immoderate language had to be deplored. The appeal would be allowed and the application remitted. It was to be hoped that the judge would read the transcript of the hearing and be embarrassed. Appointment as a judge was not a licence to be gratuitously rude to those appearing before him. It was to be emphasised that the instant comments related only to the instant matter.

I conclude that the judge failed on this occasion to grapple with and engage upon a proper analysis of the issues here. He did not help himself by failing to have regard to the statutory structure.

In the instant case, Lewison LJ has some fine things to say which are worth keeping up your sleeve for deployment from time to time:


It has long been a fundamental principle of English law that justice must not only be done, but must be seen to be done. Where a judge has apparently made up his mind before hearing argument or evidence that principle has undoubtedly been breached. A closed mind is incompatible with the administration of justice. But in such cases it is always possible that justice itself has not been done either. As Lord Neuberger MR recently put it in Labrouche v Frey [2012] EWCA Civ 881 at [24]:


"Any experienced judge worthy of his office will have had the experience of coming into court with a view, sometimes a strongly held view, as to the likely outcome of the hearing, only to find himself of a very different view once he has heard oral argument."
Longer ago in John v Rees [1970] Ch 345, 402 Megarry J said:


"As everybody who has anything to do with the law well knows, the path of the law is strewn with examples of open and shut cases which, somehow, were not; of unanswerable charges which, in the event, were completely answered; of inexplicable conduct which was fully explained; of fixed and unalterable determinations that, by discussion, suffered a change. Nor are those with any knowledge of human nature who pause to think for a moment likely to underestimate the feelings of resentment of those who find that a decision against them has been made without their being afforded any opportunity to influence the course of events."
Moreover where parties arrive at court expecting to participate in a hearing that is to deal only with procedural aspects of progressing a case towards a final hearing, it is quite wrong for the court, on its own initiative and without prior notice to the parties – let alone any invitation from any of them – to treat the procedural hearing as if it were the final hearing and to make such a drastic order as the judge made in the present case. Had a party invited the judge to make the order that he in fact made without notice to the other parties one would have described it as "an ambush". The fact that it came from the court makes it worse, not better.


Parties are also entitled to know why judges make the decisions that they do. This necessarily entails giving reasons for decision, not merely announcing conclusions. The reasons may be brief but they must be explanatory. Justice will not be done if it is not apparent to the parties why one has won and the other has lost: English v Emery Reimbold & Strick Ltd [2002] EWCA Civ 605, [2002] 1 WLR 2409 at [16].


In both civil and family cases the Court of Appeal has said on more than one occasion that it will uphold robust but fair case management decisions by first instance judges: Cherney v Deripaska [2012] EWCA Civ 1235 at [17], [30]; Re TG (a child) (care proceedings: biomechanical engineering evidence) [2013] EWCA Civ 5, [2013] 1 FCR 229 at [35], [36]. Both adjectives are important. Robustness cannot trump fairness.


Family cases, however inquisitorial and streamlined they may be, are not exempt from these basic principles. As the President put it in Re TG at [37]:


"The task of the case-management judge is to arrange a trial that is fair; fair, that is, judged both by domestic standards and by the standards mandated by arts 6 and 8 of the European Convention for the Protection of Human Rights and Fundamental Freedoms 1950 (as set out in Sch 1 to the Human Rights Act 1998) (the Convention)."
It was for these reasons, as well as those given by the President and Eleanor King LJ, that I joined in the decision to allow the appeal.
Posted by A Barrister in London at 08:37 4 comments: Links to this post