What do you get if you successfully serve as Counsel to a Public Inquiry:

Of course they all deserve their elevation for the same reasons as they excelled in their role as Counsel to these Inquiries, still it is an interesting trend...........

Dingemans is a consummate QC of the old School.  A joy to watch in operation -

As the Daily Telegraph once said re Hutton:

Let us be grateful that the Hutton Inquiry is not being televised. Television tarnishes everything it touches. It vulgarises. It overexposes. And it would turn the exquisite James Dingemans QC, the 39-year-old Senior Counsel to the inquiry, into a "media personality". First would come the rent-a-quote legal opinions, then the chat shows, then the pilot for an "upmarket game show" set in a court room.
I suppose the reason that I find Mr Dingemans so impressive is that, having been neither a court reporter nor a villain, I have never had the chance to see a good QC in action before. Perhaps they are all like him. Perhaps they all have his poise, his wit, his beautiful manners. But I doubt it. One of my favourite Dingemans quotes came when John Scarlett, the chairman of the Joint Intelligence Committee, peevishly complained that he never called the dossier a dossier, he called it an "assessment". Dingemans apologised devastatingly: "I am sorry for the loose use of language."
Another reason Mr Dingemans seems so good is that he has been examining people who look so bad, the politicians and journalists who have merged into one pasty-looking, faintly mad professional class. Also, he reminds me of those urbane Army officers who answered impertinent questions from reporters during the war against Saddam. They were articulate and magnanimous and embodied decency and sang froid. They exhibited what the poet Keith Douglas called "that famous unconcern". One, a brigadier I think, had to shout above the whiz bangs and bullets when he referred to the "spot of bother" outside Basra.
Are they a dying breed, these gentleman officers, these silks? They certainly seem a little out of place in our public school-hating society. If Mr Dingemans became a television star there would soon come a backlash. The tabloids would realise that he is everything they despise: that his suits are made in Savile Row, that he is a rugby Blue, that his father is a rear admiral. They would turn him into a national laughing-stock and mock his plummy voice for their sport. James Dingeman's natural home is the courtroom, away from the cameras. It is his context, his battlefield. Long may he remain there.
Posted by A Barrister in London at 15:14 No comments: Links to this post

SIGN THE PETITION NOW!
Posted by A Barrister in London at 08:00 No comments: Links to this post 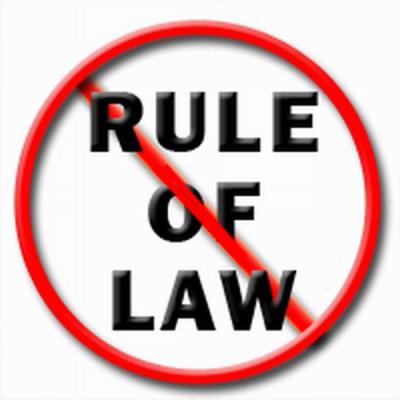 Criminal barristers earn bugger all.  I know - I'm married to one and spend lots of time with them.  If you get into trouble - you will want one but if HMG gets its way either you'll have to pay lots to get one or you'll get a free one who does not want to do his or her best for you because of the way the State pays them.....

If citizens are not properly represented when the State accuses them of a crime, then society and civilisation breaks down because each innocent person incompetently represented and thereby unjustly convicted is another reason why the population might chose not to obey democratically enacted laws.  Without that obedience....remember the riots of 2 years ago......everything breaks down........You can cut the costs of the public purse, but not the irreducible minimum costs of civilisation itself.  Taxes are the price we pay for a civilised society (Oliver Wendell Holmes Jr, Justice of US Supreme Court), the Criminal Bar is one of things that has to be included in that price. 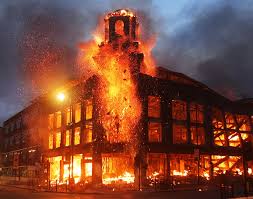 Posted by A Barrister in London at 21:34 No comments: Links to this post

Tories have published their 'hoped to be' Private Members' Bill to provide for an In Out, shake it all about, referendum on EU membership.  You can tell they have thought through the detail by the scarily wide Henry VIII clause. I accept that any Order will have to be approved by a joint resolution - but even so... these clauses are the very height of the powers of our Elected Dictatorship:

Conduct of the referendum and further provisions
(1) The Secretary of State shall by order provide for the rules in accordance with which the referendum is to
be conducted.
(2) The Secretary of State may by order make further provisions about the referendum.
(3) An order under this section may make provision modifying or amending this Act or another enactment.
(4) An order under this section may not be made unless a draft of the order has been laid before, and approved
by a resolution of, each House of Parliament.

Posted by A Barrister in London at 18:05 No comments: Links to this post

A little bit of legal reform in HMQ' s Speech from The Throne...

The odd nugget of legal reform in the Queen's Speech: 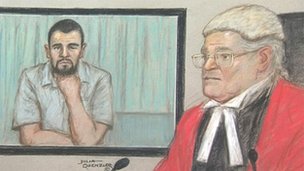 Posted by A Barrister in London at 12:03 7 comments: Links to this post

The Employment Tribunal system has been very expensive to run.  Lots of claims have meant lots of Tribunals, staff and judges and the system has been free to use and therefore there has been no income stream to off-set the costs.  This led to some Tribunals like East London shutting their doors because they had run out of cash - i.e. HMG failed in its basic constitutional duty to provide a justice system.  HMG is having no more of that - Employment Tribunals are going to pay their way.

Firstly there are going to be fees to pay to use them - for a bog standard unfair dismissal -  £250 to issue, £950 for a hearing, £650 payable by the Respondent if you fancy a bit of judicial mediation, £400 to issue your appeal in the EAT and £1200 for the Appeal Tribunal to hear your appeal   Fees remitted if you are on benefits.

Secondly, if an Employer been found by a Tribunal to have breach someone's Employment Law rights in a manner which can be described as 'aggravated' then they will order 50% the value of the damages up to £5000.  You get a 1/2 price deal if you pay the Treasury within 21 days.  See Enterprise and Regulatory Reform Act 2013 - awaiting official publication.

Thirdly, HMG would prefer it if you did not trouble the Tribunal at all -  so there will be enforced Conciliation by ACAS before you can actually issue your claim.  Again this is in the new 2013 Act, which is awaiting publication.

Fourthly, the 2013 Act will empower some claims to be determined not by Judges but by Legal Officers - who are cheaper....oh and more often the EAT will be composed of just a Judge - making it cheaper....

Oh and - the Tribunal will be able to make deposit orders on specific allegations and issues to try and stem the 'tide' of crap cases going forward - to save money....


Posted by A Barrister in London at 08:34 No comments: Links to this post