Mediation cannot replace Court proceedings.  It remains the bizarre policy of those who allocate Judges to Courts, to force all civil practitioners to first sit trying crime.  In the case of a QC in my own Chambers, this involved him doing his first criminal case in 30 years in the Crown Court (trying it). On his first day of sitting at an East London Crown Court, as tradition requires, a senior member of his own Chambers and the most senior silk present that day at Court gave short speeches of introduction to the Bench.  The criminal silk had read the new judge's barrister CV and assured him that there would be no place for his special skills as a mediator at this particular Crown Court.  Sometimes mediation just does not and cannot help.  Sometimes the State and/or private parties come into such fierce and direct conflict that only a jury's and/or judge's, binding determination can bring an end to the dispute.  That is why we have courts and tribunals - to solve private disputes and to adjudicate between the State and the citizen.  Mediation involves neither adjudication nor determination - it requires the parties to find their own resolution - with meditative assistance from a qualified practitioner.  I have represented parties in commercial, employment, neighbours and matrimonial mediations.   Some have worked and some have not.  It is pretty clear which parties need a nudge on the path to settlement and which have dug themselves in so hard and deep that only a judge can sort them out and impose a solution.  Compulsory mediation, such as the Government wishes to introduce into ancillary relief and employment disputes is a colossal mistake.  Lots of cases obviously and utterly unsuitable to mediation will be forced and cajoled into the process  - lots of time and money will be wasted.  Many cases turn on legal arguments which cannot be resolved at mediation and many cases require extensive disclosure before mediation can be considered.  I suspect that this will especially be the case with matrimonial financial matters because it is often the case that a Judge has to force the parties of the marriage to give full disclosure, before settlement takes place.  Couples always hide assets - especially potential inheritances and foreign property to try and avoid these being taken into account in any settlement.  Indeed insufficient disclosure can be ground for setting aside a settlement  - I suspect many a premature but compulsory mediation settlement will be set aside on this ground if parties are forced to mediate before full disclosure is achieved.   Then there are the mediations which all lawyers have been too - where everybody knows there is no prospect of settlement, but it is fun arguing about things for hours if not days at end - a new way of adding to the costs bill of inevitable litigation - in these circumstances, mediation actually inflates and not deflates lawyers' bills.  My favourite is the vehement boundary dispute between neighbours - £100,000s of costs on both side - literally millimetres dividing the parties - lawyers and surveyors enjoying the whole futile exercise.  Then someone suggests mediation and then very valuable time which could have been taken up with a Judge imposing a sensible solution, is taken up with both sides insulting each other in an crescendo which ends with them in separate rooms, unable to face each other.    In other words, experience tells me that mediation is a good idea in many cases, but not all, and often it can be a litigation tactic to bleed the other side dry of costs and time, and should certainly not, ever, be compulsory.......
Posted by A Barrister in London at 19:10 3 comments: Links to this post 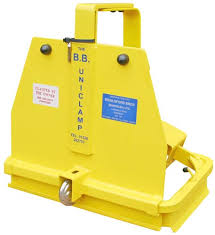 I was overjoyed over the announcement of the criminalisation of car-clamping.  Now the operative clause is there for all to consider in the Public Reading of the Protection of Freedom Bill - clause 54.  The public who have expressed their views to HMG so far have spotted the flaw in the Bill -

If you park beyond a barrier - raised or not- then you can still be clamped - so there'll be a boom in barrier sales then - at least the clause should require a big warning notice stuck on or about the barrier?

Still - it looks like this is going to become a reality at last - FREEDOM from clampers (where there is no barrier!)
Posted by A Barrister in London at 21:48 4 comments: Links to this post 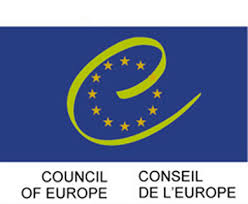 We could withdraw from the Council of Europe and the European Convention on Human Rights, but it probably wouldn't do us much good because the EU itself is about to join the ECHR as a party - this was agreed as part of the Treaty of Lisbon (see below - now article 6 of what we used to call the Treaty of Rome): this will include a right to complain about ECJ judgments to the ECtHR and will fundamentally entrench the Convention into EU law, which is of course supreme in our legal system and which is a means by which Judges can ignore Acts of Parliament.

Human Rights as expressed in the European Convention and applied by the European Court of Human Rights are here to stay.  The Govt lost the argument on prisoners' votes when it litigated it before the Court.  The Court is not perfect and has some very inexperienced judges from jurisdictions without any domestic human rights code or incorporation of the Convention.  It needs reform and it need proper resources.  It also needs a greater respect of the 'margin of appreciation'.  It does not however require abolition.  We should work towards its improvement, rather than declaring war on its occasional good work.