Happy New Year to all...especially to those lawyers and others involved with justice honoured by HM Queen...

Posted by A Barrister in London at 19:50 No comments: Links to this post

SEASONAL GREETINGS TO ALL....

THIS BLOG IS NOW OFFICIALLY ONE YEAR OLD!

THANKS FOR ALL YOUR SUPPORT 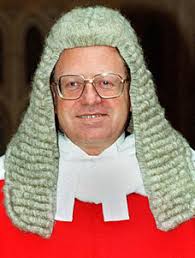 I entirely support Charon QC on the Assange case.

The charges against him are serious and need to be tested in the justice system of Sweden.  He is innocent until proven guilty.

Instead of speculating about his innocence or guilt, we should be applauding our own justice system which has provided him with swift access to justice at first instance and appellate level and has procured him his qualified liberty whilst ensuring, in so far as is fair and reasonable, that he does not become a fugitive.  Few other legal systems would have performed this quickly or this fairly.  Whatever pressure the US Govt have put on foreign states to apprehend Assange (if any, who actually knows?) it is clear that the Senior District Judge of the Metropolis and the Honourable Mr Justice Ouseley are as robustly independent of anybody and everybody as their judicial duty requires.


The civil court which has sat for the longest will sit some more.


After demanding on this blog that Sir John Dyson be made a Lord and that happening yesterday, I am feeling chuffed that I made a plea to save M and CC and it has been saved today.


See here for M and CC's history taken from Hansard in 1920 when the Bill which formed the modern Court was being debated:


Note that FE Smith (as Lord Birkenhead LC) said this:


I trust also, in the revival of the ancient glories of the old and famous Courts of the City of London

Posted by A Barrister in London at 14:15 No comments: Links to this post

I know there are bigger things to think about in this turbulent world....but I have blogged before about the silliness of having some Supreme Court Justices being Lords and Ladies and some being Sirs and Dames.  Well it has been announced that HM Queen has decided to confer courtesy Lords and Ladyships on all new Justices of the Supreme Court so that all will be equal and all will be as it should have been all along.......

Previous posts here and here and here.
Posted by A Barrister in London at 17:41 No comments: Links to this post

Oh dear - there will be emergency legislation to deal with this loop hole...

The Supreme Court has held today that HMG cannot reclaim monies paid in error to benefit recipients.  £1.1 Billion is apparently paid in error every year.  Statute provides that the Secretary of State can recover overpayments where the claimant has misled him or has not made full disclosure - but not where it is his own mistake.  Apparently in 2007-8 the S of S did threaten claimants in receipt of overpayments in error with a common law restitutionary claim and without actually suing anybody and just by making that threat, recovered £4 Million (should HMG now give that money back for demanding it without any legal justification?).

Anyway given the £1.1 Billion lost per year and the widening hole in the benefits budget, I suspect there will be an emergency legislative amendment to reverse this judgment in the not too distant future.....
Posted by A Barrister in London at 16:17 1 comment: Links to this post

Apologies - but that occupational hazard for the blogging-barrister arose - actually having to do some real work...have actually been in Court etc....will return to blogging soon.... 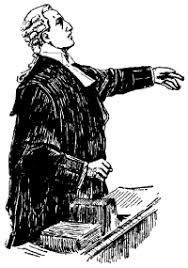 Posted by A Barrister in London at 08:57 No comments: Links to this post