New Faces in the Court of Appeal

As Lord Toulson reduces the ranks of the Sup Ct by his retirement (although he joins Lord Dyson ex MR on the Supp List of Sup Ct Js) and begins his new career at 4 New Square  and as Etherton starts out as MR, and we await a new Ch, in the meantime there are some new appointments to the C of A:

Hot footing it over from being Chair of SIAC (who will replace him there?) this well respected commercial lawyer will now be a junior boy in the C of A for the short term...

Or Lancelot to his friends, who will leave behind the Ch D (there since 2007) for the C of A.   He keeps up the number of Balliol alumni in the C of A.  He is an All Souls Fellow. Another former SIAC Chair, founder of Doughty Street Chambers, one time Chairman of the Bar and general common law judge from the QBD... Representative from the Fam D where he has sat since 2007....

& TO ADD TO THE MALE RANKS - MRS JUSTICE THIRWALL

who had been lately in charge of the Breasts Implants litigation...appointed to the QBD in 2010 and former head of 7 Bedford Row...

THEN THERE IS THE JUDICIAL APPOINTMENTS SOLICITOR POSTER BOY - ALL THE WAY FROM PARKING ADJUDICATOR TO LORD JUSTICE OF APPEAL...HICKINBOTTOM J... SUP CT NEXT? Admitted as a Solicitor in 1981 and a Solicitor Advocate (all courts) in 1997; and made a Bencher of Middle Temple, in 2009. In 1994, he was appointed as a Parking Adjudicator and, in the same year, he became an Assistant Recorder. He became a Recorder in 1998, a Circuit Judge in 2000 and a Deputy High Court Judge in 2001. He was appointed as Chief Social Security and Child Support Commissioner in 2003, Chief Pension Appeals Commissioner in 2005, Designated Civil Judge for Wales in 2007, and became the first President of the Administrative Appeals Chamber of the Upper Tribunal in 2008. He has been a Judge of the High Court of Justice, Queen’s Bench Division, since January 2009.

Posted by A Barrister in London at 18:10 No comments: 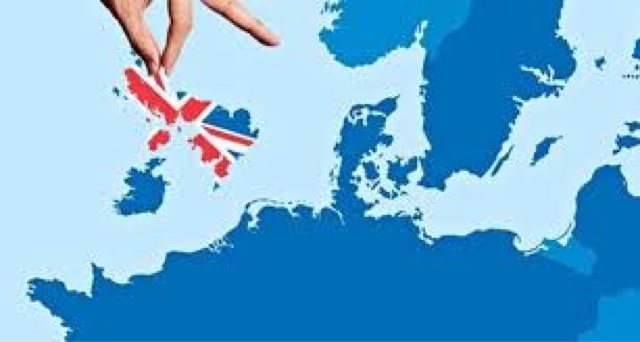 Imagine we are post BREXIT.  Imagine there is before the Court a UK Regulation which implemented an EU Directive - say Public Procurement - although you could choose from loads of Regs (food, employment, cars, product safety etc etc..)which I suspect will not be repealed in the short to medium term....The Court does not quite know how to interpret and apply a particular provision of the Regs.  The Court knows that the Regs were enacted to transpose the provisions of the Directive into English law.  But the Court, post-BREXIT is free of the section 3 Euro Communities Act 1972 obligation to comply with the ECJ's famous ruling in Marleasing that domestic courts have to interpret domestic law so as to comply with directives.  But should the post-BREXIT Court ignore the directive when interpreting the Regs?  Probably not, if it knows that was what the Regs were for and that was the intention behind them, then why would it not consider the directive as an interpretative aid?  And then say the CJEU had recently come out with a decision which clarifies what the directive means in a material aspect?  Is the post-BREXIT Court not likely to do what it did pre-BREXIT i.e. Effectively apply directives and CJEU judgments?  BREXIT means....?
Posted by A Barrister in London at 08:57 No comments: