Forasmuch as We cannot at this time be present in the Higher House of Our said Parliament being the accustomed place for giving Our Royal Assent...HMQ sent her Commissioners to prorogue Parliament and to signify her Royal Assent to various Bills, Her Chancellor of the Duchy of Lancaster intoning ....My Lords, in obedience to Her Majesty's Commands, and by virtue of the Commission which has been now read, We do declare and notify to you, the Lords Spiritual and Temporal and Commons in Parliament assembled, that Her Majesty has given Her Royal Assent to the several Acts in the Commission mentioned

Those Assents Royal brought to an end legislative deliberation on some Bills which have filled much space on this Blog:

Justice and Security Act 2013 - much discussed here and elsewhere and now law - not palatable but necessary....

Crime and Courts Act 2013 - the abolition of the county courts as we know them....more on this blog here. Family Courts also get a thorough reform by this Act....

There is also a Defamation Act 2013, which is a little beyond my field and a Succession to the Crown Act 2013 which ensures that a first born Princess of Cambridge will not be trumped by a younger Royal brother.

HMQ will read out the new legislative programme from the throne on May 8th:

& to replace all those new Court of Appeal judges, here's some new High Court Judges:

The Queen has been pleased to approve the appointment of Michael Joseph Keehan, Esquire, Q.C., to be a Justice of the High Court with effect from 13 May 2013 on the elevation of Mr. Justice Ryder to the Court of Appeal. 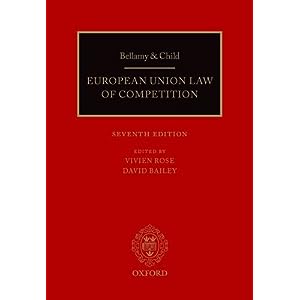 The Queen has been pleased to approve the appointment of Miss Vivien Judith Rose to be a Justice of the High Court with effect from 13 May 2013 on the elevation of Mr. Justice Floyd to the Court of Appeal.

Chair of the Competition Appeal Tribunal and former Government Lawyer - this is a rare appointment of a civil servant to the High Court bench:

Vivien Rose was called to the Bar in 1984 and was a member of Monckton Chambers, London, for ten years specialising in domestic and EU competition law. In 1995 she left private practice and joined the Government Legal Service working for several years in HM Treasury advising on financial services regulation, at the Ministry of Defence advising on international humanitarian law and in the Legal Services Office of the House of Commons.  She joined the Tribunal as a chairman in 2005 and has chaired panels dealing with cases covering the whole range of the Tribunal's work including against findings of competition law infringement, appeals against penalty, telecoms cases and follow-on damages claims.
She was co-editor (with Mr Justice Roth) of the sixth edition of Bellamy & Child European Union Law of Competition (2008) and is co-editor (with David Bailey) of the forthcoming seventh edition of that work (Spring 2013).  She is a judge of the First-Tier Tribunal in the Charity and Environment jurisdictions. In 2009 she was appointed to be a Recorder on the South-Eastern Circuit and in April 2012 was appointed a Deputy High Court Judge, Chancery Division.

The Queen has been pleased to approve the appointment of His Honour Judge Stephen Paul Stewart., Q.C., to be a Justice of the High Court with effect from 7 May 2013 on the elevation of Mrs. Justice Gloster to the Court of Appeal.

Circuit Judge from Liverpool - commercial and TCC experience, who has been sitting in the High Court for some time (including tomorrow).

The Queen has been pleased to approve the appointment of His Honour Judge Colin Ian Birss, Q.C., to be a Justice of the High Court with effect from 13 May 2013 on the elevation of Mr. Justice Briggs to the Court of Appeal.

Basically already a High Court Judge - sits in the Patents County Court.
Posted by A Barrister in London at 16:09 No comments: