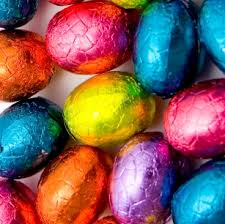 One day, a Government will bring into force the Easter Act 1928 and make it a fixed rather than movable feast: Section 1 says:

This judgment has everything -
This all came up in a challenge by some very big insurance companies to the Damages (Asbestos-related Conditions) (Scotland) Act 2009.  I used to get lots of cash for claimants suffering from asymptomatic pleural plaques after industrial/occupational asbestos exposure.  Then the House of Lords in Rothwell decided that there was no actionable damage and brought the right to compensation to an end.  Rothwell was an English private law case and not binding in Scotland,  Thompsons, however, solicitors, who have carriage of many of these actions were perturbed that their clients and their costs were about to become unpaid in Scotland as well as in the rest of England and Wales.  The UK Government declined to legislate to reverse Rothwell, presumably the insurers won the lobbying competition with the Unions.
Well in Scotland, it would seem that the Unions won the lobbying battle and the Scottish Minsters decided to pre-empt Rothwell being imported into Scots Private Law and legislate to make clear that in Scottish Law, pleural plaques are recoverable damage.  The extent to which the Scottish Ministers surrendered to Thompsons and the Unions is quite startling.  The judgment gives away that Thompsons drafted and promoted the Bill.  Indeed the judgment contains a letter from a Scottish Civil Servant which appears to show the Scottish Ministers firmly in league with the Unions against the insurers - see paragraph 22.  The Unions won and the Bill was passed.  The insurers are not happy. So they started a legal challenge that wound up before the First Division of the Inner House of the Court of Session, before the Lord President (Lord Hamilton) and Lords Eassie and Hardie (think Court of Appeal in London, with LCJ and MR sitting).  Lots of novel questions arose such as those set out above - plus interesting questions about whether the insurers were 'victims' for the purposes of a human rights challenge because theoretically it is their insureds (the employers) who have to pay damages and they just indemnify.  It was held that they were victims.  The Court also went on to hold that requiring a insurance company to so indemnify by reason of an Act of the Scottish Parliament was an interference with property rights which needed to be justified under Article 1, Protocol 1 ECHR.  They did find the Act so justified and so, in the end, the challenge failed.  A very very interesting judgment nonetheless and I would be surprised if it did not end up in the Supreme Court (of the United Kingdom).

This judgment also flashes up yet another example of the asymmetry of devolution - Scottish claimants can get damages for pleural plaques - English and Welsh (and probably also Northern Irish) claimants cannot.  Quite what happens if your worked for a company and were exposed to asbestos in Scotland and England is beyond me......
Posted by A Barrister in London at 08:50 2 comments: Links to this post

VOTE NO TO AV

I favour PR voting systems.  But not AV.  Voting means saying that you want Mr X to represent you.  It does not mean saying that you think that Miss Y is second best and Mr Z third best, and may be if Mr X does not get enough votes, you would be more or less happy with your second or third choice.  That is not voting - that is equivocation.  I would prefer the AMS (Additional Member) system used in GLA elections - that way you keep your local member for your constituency but also have list members to make it proportional.  I have never been impressed with the argument that you end up with 2 classes of MP - once they get to Westminster they would all blend in and the list and constituency MPs could share the constituency work.  At least in that system you make one positive choice for your local representative and then one positive party-political choice for a list candidate - job done - no need to elect second and third best candidates.  So I'll be voting NO on 5th May.

Bogdanor has some interesting things to say here.
Posted by A Barrister in London at 17:05 2 comments: Links to this post

Expert Immunity from Civil Suit (save for defamation) abolished 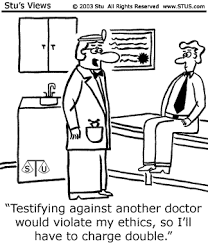 As trailed here, the Supreme Court (5-2) has abolished the immunity enjoyed by expert witnesses from civil proceedings (save for defamation).  This brings experts into line with advocates, who lost their immunity in 2002.  Expert witnesses will now need insurance to cover them for negligence occurring during the course of their work as an expert.  This is, despite the chilling effect, especially in the family courts which this might give rise to.  I suspect the nature of the forensic process will still provide a high degree of protection to experts as it does to advocates, but the veil has been lifted and a new cause of mulplicity of actions and a further threat to the finality of ligation rears its ugly head.....so if you loose all your appeals and Europe can't help, you can now sue your expert as well as your lawyers..no end of fun...
Posted by A Barrister in London at 19:55 1 comment: Links to this post