The Royal United Services Institute for Defence and Security Studies has come out in favour of CMPs in civil cases -the report is here.

Lord Carlile of Berriew CBE, QC is one of the authors who echoes my own position: 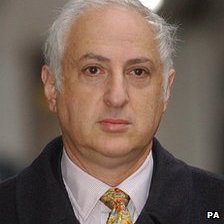 Public Interest Immunity [PII] is available for national security in such cases: however, if the result of refusing disclosure of documents means that there cannot be a fair hearing, the Government has little option but to settle the proceedings. This can result in the unwelcome outcome of terrorists being paid large sums of taxpayers’ money.

He quotes his successor as Independent Reviewer of Terrorism Legislation, David Anderson QC:

‘It is however apparent to me, after inspecting the files I have been shown and speaking to counsel involved, that under the current law there are liable to be cases that are settled ... which, had a CMP been available, would have been fought to a conclusion. This is an
undesirable state of affairs .... We are in a world of second-best solutions: but it does not seem to me that the level of injustice inherent in the use of a CMP in a case of this nature necessarily exceeds either the injustice to the claimant of a case being struck out, or the moral hazard and reputational damage to the intelligence agencies that is caused by settling a case which, had it been possible to adduce all the evidence, would have been fought’.

I agree with those observations, made after a careful examination
of all the available evidence. CMPs offer no injustice, whereas the
absence of them may well lead to injustice to intelligence agencies,
and thereby to the public purse.